How will you Choose Flight Simulator Games for your PC Device?

You will have to make sure to choose the best flight simulator game in order to get the best PC gaming experience. Hence, you should keep the below-provided points in mind. 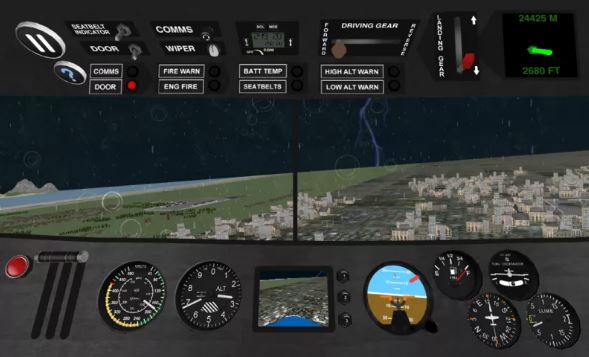 For all the flight enthusiasts, this particular game is quite enjoyable. After all, this 3D cockpit comes with part of each aircraft in. And even for the beginners, you can quickly learn how to negotiate multiple airports. You would also get to learn about the immersive landscapes as well as the realistic cities. As a matter of fact, this particular flight simulator is enough to deliver a close-to-realistic gaming experience for all the serious flight enthusiastic gamers out there.

Talking about ‘X-Plane 10′, it happens to be one of the best and most realistic flight simulating games that have been available in the market as of now. Additionally, you are able to create your planes and fly about any plane type. From gliders to the space shuttles, it has everything in between. In addition to that, it also helps in allowing users to change the flight conditions accordingly. Furthermore, it also gives you the allowance to play with various weights and then take off from hundreds of airports of varying type. As a matter of fact, it also comes with a multiplayer functionality which helps you duke it out with the close pals effectively.

Microsoft Flight Simulator X helps you create your individual routes according to your preference. You are also allowed to fly across the globe; thereby making your individual airplanes respectively, exciting isn’t it? Talking about its gameplay, it can get extended with the downloading of plane skins. You can also buy the add-ons right from the third-party developers of this game. The new version will allow in getting new aircraft as well as cities which would be added accordingly. This particular offering is something different from other flight simulator games and comes with added mission-oriented play. The game is available in both standards as well as deluxe editions. In regards to the standard version, the deluxe edition is more versatile, for it comes with more options for cities, airports, & airplanes.

Being the WWII flight simulator game, IL-2 Sturmovik is in every PC gamer’s wishlist. And in case you have been scratching your head just for the combat flight simulator, then this is the best gaming that can offer you the most intriguing experience right when you start playing it. In addition to this, this game also sports great and exciting features. What’s more, it comes with an amazing mission builder. Not just that, IL-2 Sturmovik also features multiplayer mode including 32 players in the dogfight mode. With that, you would also be able to get brilliant and stunning graphics. The combat occurs in the air and from there it goes right to the ground. Anyone who’s interested in flight and war will undoubtedly have a great experience while playing this PC game.

Lock On: Modern Air Combat is something that you cannot miss out. After all, it takes you over the eight jets’ Take helm from Russia or America in the combat action. This particular PC game comes with some brilliant and quick-start missions alongside some straining missions too. The single player mission is available. But if that isn’t your forte, you can always stick to the 32 players through the LAN via the Internet.

How would be the experience when you can take control of the B-17 bomber? And how would be that experience when you get to participate in the long daylight bomb mission? Well, all these intriguing features are just available in one compact game, and that’s none other than B-17 Flying Fortress. Playing this game would help you stay in command of the 12 bombers’ squadron. Additionally, you would also be able to play as the tail gunner in order to take out the interceptors. You can even join Luftwaffe and then work just for preventing B-17s from offering the payloads.

Now that you know the best flight simulator games for Windows, you would be able to choose the best out of the rest. So, while choosing it, keep the five things in mind before making any further decision!