Winter sports all involve snow or ice, and sometimes both.  They can be lots of fun to try out, and most are also competitive sports.  Many winter sports, such as skiing and skating, have developed out of people’s need to travel through snow and ice.  People have been ice skating, for example, for over 3,000 years.

Downhill skiing is one of the most exciting sports in the Winter Olympics.  Skiers can sometimes reach speeds of over 130km/h in competition.  Slalom skiing is a version of downhill skiing.  Competitors must zigzag around a course as fast as possible.

Millions of people learn to ski every year on gentle ski slopes or artificial dry slopes.  Teachers are called ski instructors.  Skiers wear special boots, which attach to their two skis with clips called bindings.  They use ski poles to push themselves forwards.

Nordic, or cross-country, skiers travel long distances across gentle slopes and level surfaces.  They use skis that are longer and narrower than downhill ones.  In competitions, a top skier may complete a 15km course in less than 50 minutes.  Some Nordic skiers also take part in the biathlon, which combines Nordic skiing and rifle shooting.

Snowboarding became an Olympic sport in 1998.  In freestyle snowboarding riders perform tricks similar to skateboarding.  They press down on the back or tail of the board to lift the front or nose, and perform jumps and other exciting moves.

Ice hockey was invented in Canada.  The six-a-side teams skate on the ice and score points by hitting a puck past the goaltender into a goal.  Ice hockey is played in three 20-minute-long periods.

Skating can be fun – and a serious sport.  Speed skaters race around icy tracks at speeds of 60km/h.  Figure skaters are judged on their routines of skating moves. 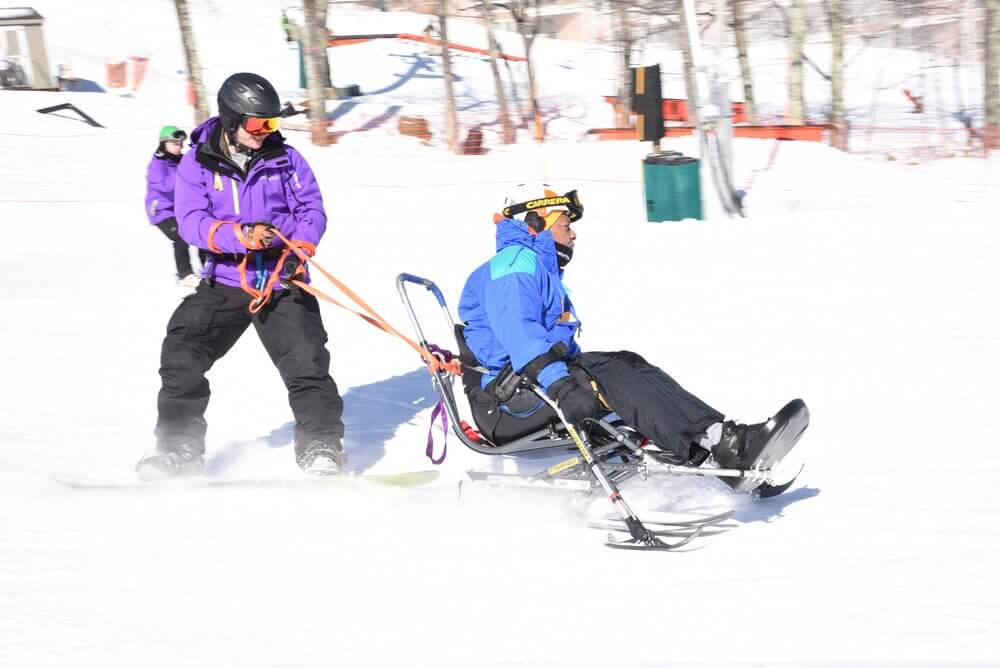 1. How many skis does a skier wear?
Answer: Two

2. Do speed skaters race downhill, round a track or along a road?
Answer: Round a track

4. Which is also known as cross-country skiing: Nordic or
downhill?
Answer: Nordic skiing

5. What name is given to someone who teaches others to ski?
Answer: Ski instructor

6. In which winter sport do players try to hit a puck into a goal?
Answer: Ice hockey

7.What is the front of a snowboard called?
Answer: The nose

8. Downhill skiing is part of the winter Olympics. True or false?
Answer: True

9. What is the name of the sticks held in the hands of a skier?
Answer: Ski poles

10. In which winter sport can competitors reach a speed of 60km/h as they race around a track?
Answer: Speed skating

13. What is the back of a snowboard called?
Answer: The tail

14. How many periods are there in an ice hockey game?
Answer: Three

15. The biathlon involves rifle shooting and what sort of skiing?
Answer: Nordic skiing

16. In what year did snowboarding become an Olympic sport?
Answer: 1998

20. What is the name of the player who guards a goal in ice hockey? Answer: The goaltender