People have kept horses for thousands of years. Before the invention of the car and train, they were the main form of transport, carrying people on their backs or towing them in carts and carriages. Horses were also used by farmers to draw ploughs and by cavalry soldiers to carry them into battle. Today, most horses are kept for pleasure, although some are still used as working animals. 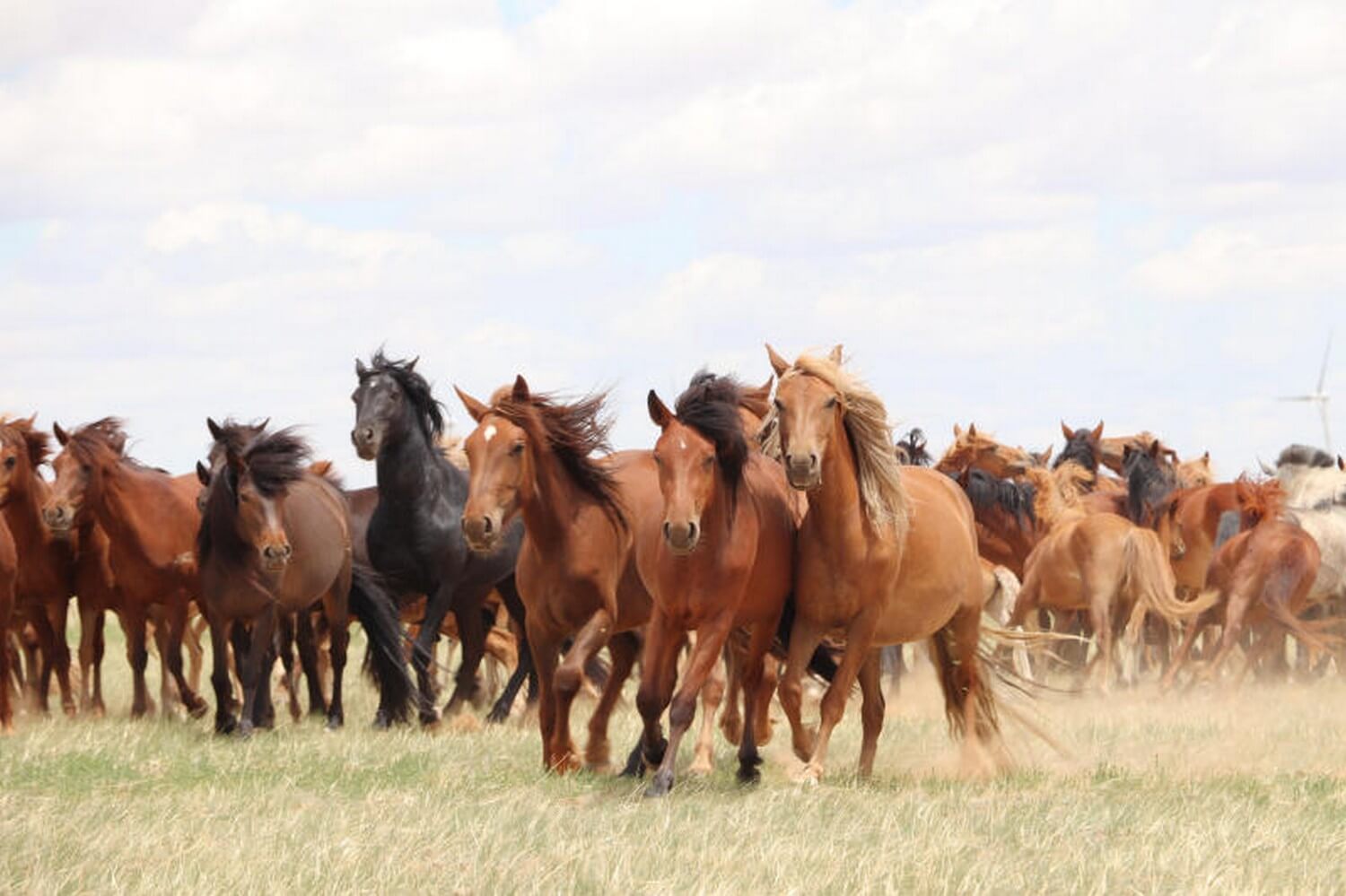 Horses have very similar skeletons to humans. The main difference is that they walk on all fours, so their front limbs are legs rather than arms. A horse’s skeleton is based around its spine, which is made up of many bones known as vertebrae.

Horses have different expressions. Ears held back show aggression. Males pull their lips back when they smell a female.

Training begins when a horse is a year or more old and fully grown. Males are called stallions, females mares and baby horses are known as foals. If they are being trained for jumping, they may wear bandages to protect their ankles from knocks.

Showjumping is one of three horse-riding sports. The others are dressage, which tests obedience and rider control,and three-day eventing. In show jumping, a competitor has to ride the horse around a course with a series of different jumps.

Cowboys ride horses to round up cattle. Today, most work on ranches in the USA, which are like large farms. Cowboys catch cattle with a lasso, a looped rope. They wear wide hats to shade them from the sun.

Police on horseback are often used to control large crowds.Horses are also used to pull carts and ploughs in some places. The largest horse of all is the shire horse, which can weigh a tonne.

Ponies are smaller breeds of horse. They are not as fast as large horses, but tougher, and can live outside in all weathers. Caspian ponies from Iran and Exmoor ponies from the UK live out in the wild.

Owners like to keep their horses looking nice and clean by grooming them. Dandy brushes are used for removing dirt, rubber curry combs brush away loose hair and mane combs remove tangles in manes.