Owning a horse or pony is a lot of hard work.  The owner must care for the horse, keeping it clean and well-fed, and exercising it regularly.  Most horses and ponies live outside in a fenced-off area of field known as a paddock.  When it is cold or wet, or when a horse is not well, it may stay inside in a stable.  Some competition horses spend every night in a stable.  Warm night rugs are put on horses and ponies during cold weather. 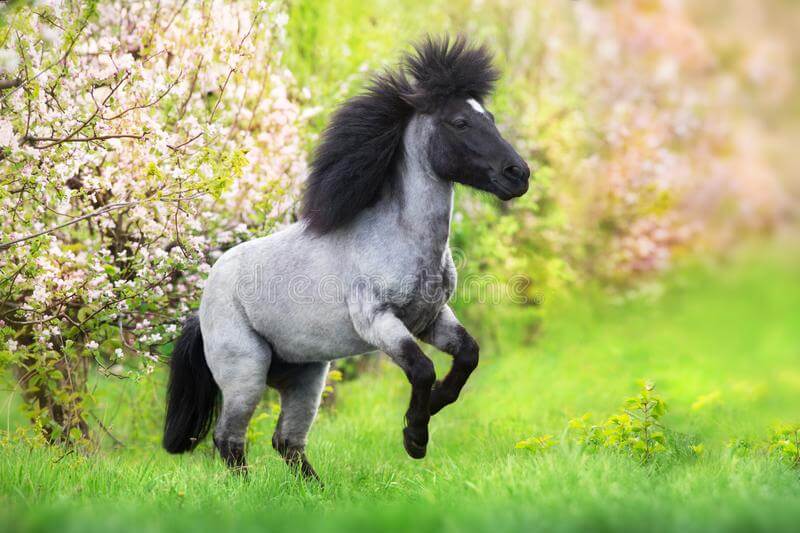 After clipping and grooming, a horse’s mane – the hair on its neck – can be plaited, especially if it is going to a show.  This makes it neat and tidy.  A horse’s tail can be plaited as well.

Horses kept in a stable, a building made to house horses, have to be fed at least twice a day.  Daily tasks include grooming, exercising the horses, mucking out, and filling haynets and water buckets.  An adult horse can eat 10kg of hay a day.

Keeping a horse’s stable clean is called mucking out.  An adult horse can produce 20kg of manure a day.  Old bedding is removed with a garden fork and replaced with fresh bedding daily.

The saddle is the rider’s seat and the bridle is the horse’s headgear.  Together these items are called tack.  Putting them on a horse is called tacking up.

Many tools are used to keep a horse’s skin and coat clean and healthy.  Most horses enjoy grooming.  A rubber or plastic curry comb removes dried mud.  A damp sponge cleans around a horse’s eyes.

Hay and grass are called bulk feed and make up most of a horse’s diet.  Hay is hung in a haynet so the horse can eat when it likes.  Horses can only eat a small amount of grains such as bran, oats and barley.  These are short feeds.

A cloth called a stable rubber is used at the end of grooming to remove any dust.  It is also used to massage the horse’s muscles.