The English writer William Shakespeare wrote plays, long poems, and shorter poems known as sonnets.  During his life, he wrote dozens of famous comedies, tragedies and history plays, which are still popular today.  They are performed in theatres around the world.  Shakespeare is thought of as the greatest English playwright, and many of his plays have been turned into films. 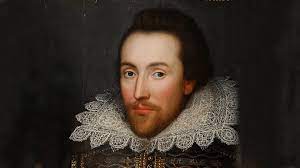 Shakespeare’s shortest, but bloodiest, tragedy play is Macbeth.  It is based on a figure from Scottish history.  The play reflects the author’s friendship with King James I, who claimed Scottish lineage.

‘To be, or not to be’ is the most famous line from this tragedy play, first performed about 1600.  It was a great hit at the time and is still one of Shakespeare’s most performed plays.

The tragedy of two lovers who died for each other is based on two real lovers in Verona, Italy, who died in 1303.  Shakespeare turned the story into a play early in his career, about 1594 – 95.

The area in front of the theatre stage was called the pit.  It was uncovered and people had to stand there to watch the play.  Richer people watched from seats covered by the roof.

People who paid to watch plays in the pit were called groundlings.  They paid an admission fee of one penny to watch a play in the pit.

Answer: False (it is a tragedy play)

6. When was Shakespeare Born?

Answer: Shakespeare was born in the year 1564 in Stratford upon-Avon.