The Sun is a medium-sized star made up of a huge, rotating ball of hot gas.  It is located in the galaxy (a group of star systems) called the Milky Way.  The Sun is at the centre of the solar System, and an average of 150,000,000 km from Earth.  Its powerful gravity keeps all the planets in the Solar System in orbit.  Most life on Earth depends on heat and light from the Sun. 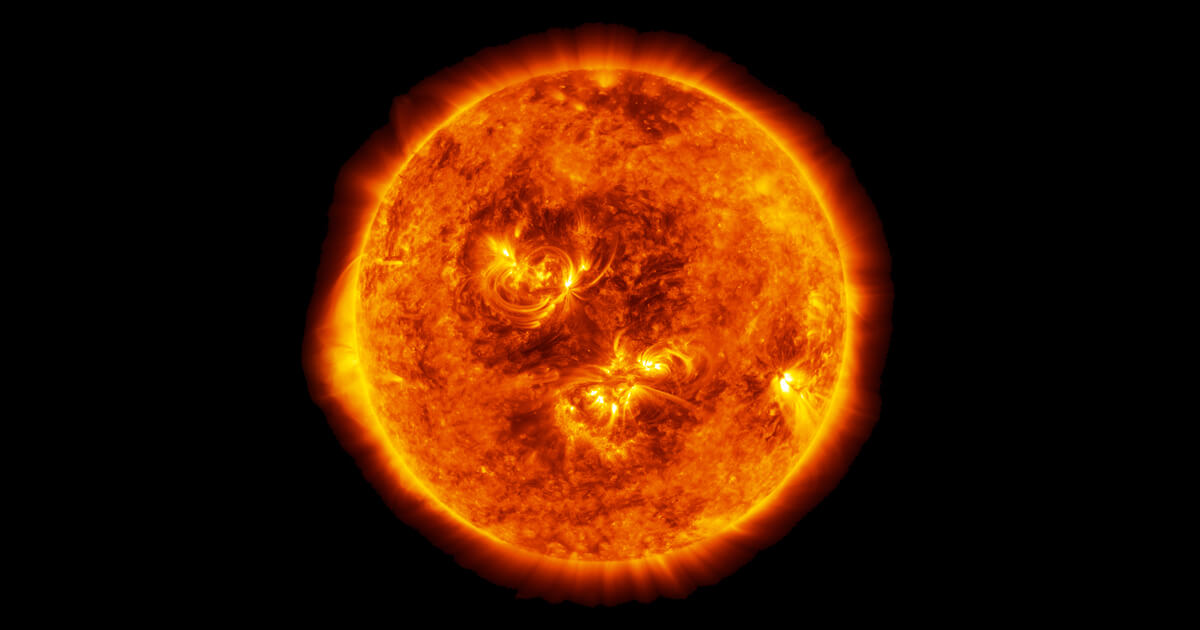 The Sun’s hottest part, its core, may be over 15,000,000 C.  Huge amounts of energy are released from the core and carried outwards.

The Earth has seasons – spring, summer, autumn and winter – because its axis (an imaginary line through its centre) tilts at an angle.  This brings different areas of the Earth closer to the Sun at various times during the year, which affects the weather.  The solstices occur when Earth’s axis is most tilted.

While the Earth orbits (travels around) the Sun, it also rotates, or spins.  The half of the Earth that faces the Sun is in daylight, while the half that faces away from the Sun is in darkness.  A line called the ‘terminator’ separates daytime from night-time.  A supersonic jet can overtake it.

The Sun seems to sink below the horizon at sunset.  In  fact, the sky darkens as the Earth rotates away from the Sun.  At sunrise, the Earth is turning towards the Sun.

Temperatures in the Sun’s outer atmosphere, called the corona, are over 1,000,000 C.  Streams of gas called solar prominences shoot out millions of kilometers into space.  Huge bright patches called solar flares appear in the corona, caused by a build-up of energy.  This is released into space as radio waves, ultraviolet light and X-rays.  These cause chaos in telephone networks on Earth.

Dark patches seen in the Sun’s photosphere (its outer surface) are called sunspots.  These are magnetic storms that occur on the Sun.  Although they look small from Earth, sunspots can be as large as 50,000 km in diameter.  Their temperature of 4,073 C is considered cool for the Sun.  Sunspots regularly appear and disappear in 11-year cycles.

Eclipse of the Sun

During a solar eclipse the Moon comes between the Earth and the Sun.  From Earth, the Moon blocks the Sun from view and only the corona is seen.  This plunges the Earth into twilight.  Because the Earth is spinning, the eclipse is visible along a path that crosses the planet.